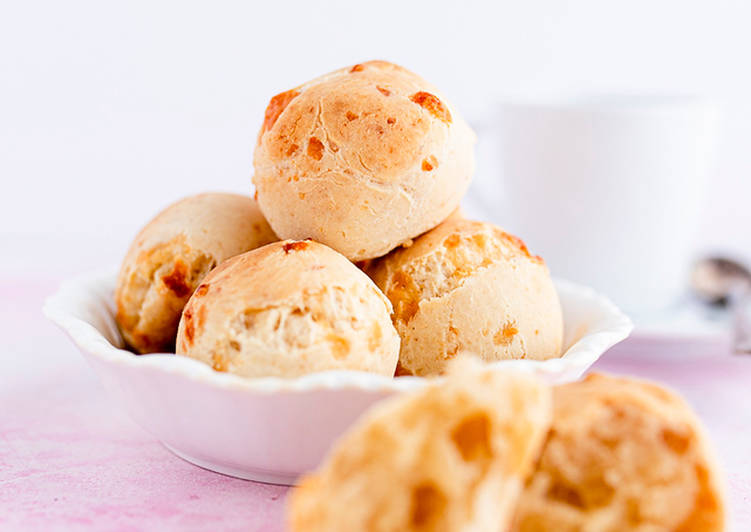 After posting the moqueca recipe, several of you asked if I had a recipe for Pão de Queijo, or Brazilian cheese bread, sort of like a chewy cheese puff made with tapioca flour. As a matter of fact, I do! My friend Bill gave me this recipe years ago, a favorite from his Brazilian wife Silvia. You act steaming grill Brazilian Cheese Bread (Pão de queijo) employing 8 process so 9 as a consequence. Here you go perform.

I've made it several times, each time with different cheeses. Pão de queijo, which means "cheese bread" in Portuguese, is a delightful snack from Brazil made with tapioca flour (meaning it's gluten-free) and cheese. Our recipe calls for both Parmesan. Authentic Brazilian cheese bread or pão de queijo is a no fail recipe.

It is super easy to put together and requires no rising time. Tapioca flour makes this delicious bread gluten-free. Have as an appetizer or side. You can also reheat these in a toaster oven for that fresh baked crunchy exterior and soft middle. The cheese is an entirely different story.